Meet the Silicon Canal board 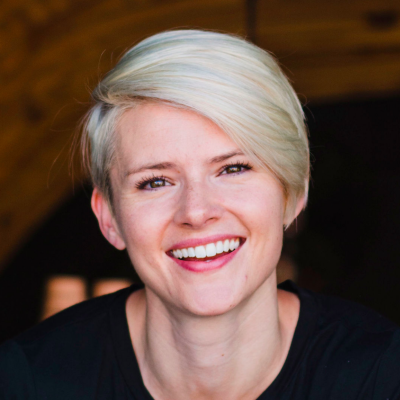 Jodie Cook founded JC Social Media, a social media marketing company, in 2011. Since then it has grown to a team of 15, running the social media for local and international clients. Jodie has also written five books on digital marketing. Whilst running JC Social Media, Jodie started exploring the reasons why some people find it easy to set up their own business. The conclusion was: role models. Jodie and her co-founder decided to create some positive, entrepreneurial role models in the form of children's storybooks - Clever Tykes. The series of three storybooks includes Code-it Cody, a boy who learns how to programme his own computer game, and has inspired children to take up coding. In January 2017 Clever Tykes books, resources and digital enterprise portal were delivered to all 23,500 primary schools in the UK, thanks to sponsorship from Lloyds Banking Group. Jodie was included in Forbes 30 under 30 social entrepreneurs in Europe 2017, Computer Weekly's Rising Stars list and the Drum's 50 women in tech under 30 list, both in 2016. She also recorded a TEDx talk at Aston University, called creating useful people.

Nick is a serial entrepreneur and the CEO of HR software company Air (www.joinair.com) and food tech company Whisk.com. He raised over $2m in funding from technology investors and pitched Whisk.com to Lord Sugar after getting to the final of the BBC Apprentice 2012, where he achieved the series' best task-win record.   Nick was recently awarded an honorary doctorate in enterprise from Aston University.  Nick and his businesses have been featured in leading publications including Newsweek, The Guardian, The Telegraph, bbc.co.uk and The Next Web and have won multiple awards including a Cisco BIG award, The Drum’s "One to Watch" honours and The Grocer’s "Top New Talent" award. Nick also blogs at nickholzherr.com and is available on twitter under @nickholzherr.

Aged 26, Simon started Trinity Security Services, a Cyber Security services company. A successful exit of Trinity via trade sale took place in 2008. Simon is now involved in multiple businesses including Urban an independent retail Cafe chain. Simon has a passion for supporting other entrepreneurs and for the last 10 years Simon has been working with entrepreneurs from across the world firstly through running Birmingham’s only technology incubator and then moving to become the CEO of a leading technology accelerator. The technology accelerator was voted a European top 10 accelerator by the Guardian newspaper. Simon has helped over 50 startups go from idea to investment, raising in excess of £10 million equity investment. Simon’s passion for entrepreneurs and particularly technology entrepreneurs goes beyond the day job and has seen him found Birmingham Entrepreneurs (the largest entrepreneurs group outside of London) and Co-Found Silicon Canal, Birmingham’s answer to London’s tech city. In 2016 Simon was listed in the Maserati 100 for his work with entrepreneurs and listed as a Power 250: The West Midlands’ most influential people in creative and digital.

Clare launched into the tech industry after she took part in the brilliantly successful School of Code Bootcamp.   Clare spent more than a decade working in the superyacht industry before taking a 7 year maternal career break and found returning to flexible work in a new industry a difficult landscape.   She took part in the 16 week School of Code Bootcamp in order to pursue a career in tech. She went on to win Silicon Canal Graduate Developer of the Year and found that her new tech skills combined with her previous operational and project management skills gave her all the tools to find the rewarding and flexible career she was looking for. Clare is now Associate Director at B13 Technology.   Clare wants to continue the legacy of School of Code by ensuring that the tech industry can attract and retain a more diverse workforce. Her work at B13 Technology ensures that they are industry leaders in attracting diverse talent which is key to a successful technology company. Working with Tech Talent Charter, Time To Change, Working Families and being a STEM ambassador are all key factors to this strategy.   Clare is excited to have the opportunity to promote such initiatives for the whole of the region and wants to ensure that Silicon Canal's Tech Eco-system can achieve all the potential that Birmingham and the West Midlands has to offer.

Apply to join the board

Board members are appointed from current ambassadors who have served one year or more as either a working group lead or an active member of a working group.